Series have ebbs and flows within single seasons and across multiple seasons, and not every great show is a “must-watch” every week, or even every season. This list exists solely to share my opinion of what the best current airing shows are, month by month. This has absolutely nothing to do with ratings, social media following, or anything external to this blog. The numbered lists are not an order of priority or awesomeness. I just thought it’d be easier to display them that way. Enjoy!

What we’re watching this month: 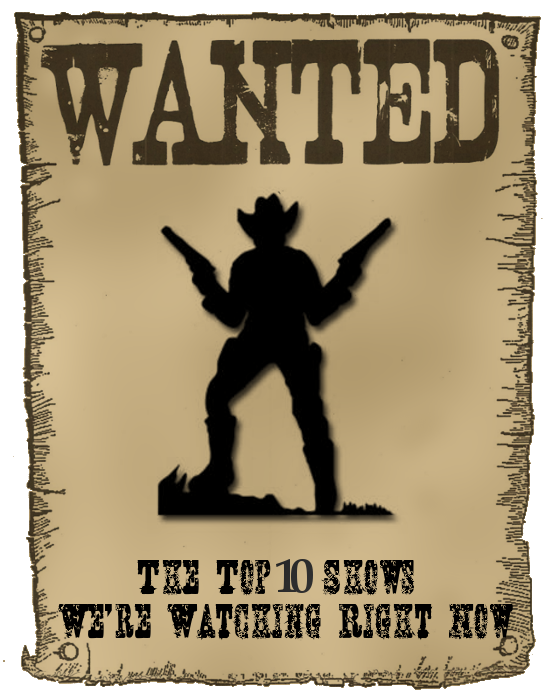 This is sort of a weird month because so many shows are wrapping up the season while some of the “mid-season” shows are just getting started. Also a little weird because I haven’t recapped three of the shows on the list at all, and haven’t posted much about two others. Even though I haven’t been posting recaps lately, I’ve still been watching and I have to say, there is some seriously good stuff on right now!

UPDATED: After watching the latest episodes of Agents of SHIELD, I decided I had to swap out Suits for SHIELD. Suits has still got me wondering, but the impending release of the Captain America sequel, the Thor crossover episodes, and the questions about Director Fury’s involvement in Coulson’s T.A.H.I.T.I. situation have me desperate to know what happens next!

PREVIOUS: USA has one show in its last season, and one in its fourth, and they’re both still so much fun to watch. NBC has one show solidly in its second season, and another in its first weeks, but they’re both winning people over. It’s a tough month of competition with so many new series and so many others that have already gained the viewers’ trust. One last plug, if you’re not watching Growing Up Fisher on NBC, you oughta be!

Wow, Fox wins again! I’m shocked, because I’m still not happy about the time delay on some of the new episode releases, but they’re on a streak of good programming, so I’m content to let it ride.
Tweet #H2Emostwanted

Did your favorite show make the list this month? Did we miss it? Tweet or post in Google+ with the hashtag #h2emostwanted and tell us which show you look forward to every week!

It affects chemicals in the body that are involved in the cause of some types of ache. There are many medicines which give you things you need to be ready on your own terms. What doctors talk about viagra or cialis? It contains Sildenafil. Also known as erectile dysfunction is defined as the impossibility to attain an erection suitable for intercourse. Having erectile disfunction can no doubt complicate dating. Many men take more medicines later in life and some have sexual side effects that will lead to emasculation. Some of medications fuel desire. Certain far-famed medicaments can mean screwing with your orgasm. What is the most significant facts you perhaps know know about this?